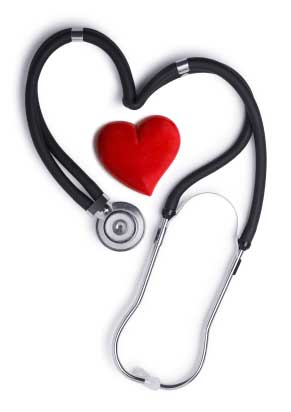 :dropcap_open:O:dropcap_close:ne of the best ways to live a longer and better life is to reduce your likelihood of dying from heart disease. If we could eliminate heart disease tomorrow, the average life expectancy of every American would increase by an estimated ten years. Although mortality from heart disease has decreased due to medical advances, the incidence of heart disease is on the rise. More of us are getting heart disease because we aren’t doing enough to address the underlying cause: inflammation in the arteries. Like all silent inflammation, this arterial inflammation results from an increased production of “bad” eicosanoids. Rather than pinning your hopes on some new surgery or drug that may or may not be developed in the future, why not just avoid getting heart disease in the first place?

We are led to believe that elevated cholesterol is the cause of heart disease. As a result we have declared war on dietary cholesterol, and that has also meant a war on dietary fat. The result of that dietary approach has been an epidemic of obesity. That is why the focus of the medical community has shifted to reducing blood cholesterol levels to the lowest levels possible. Not surprisingly, the most profitable drugs (statins) known to the pharmaceutical industry are the primary weapons in this continuing war. But what if cholesterol were only a minor, secondary player in heart disease?

There are several things that can cause the stoppage of oxygen flow to the heart. A rupture could occur in a piece of unstable plaque lining the artery wall. This causes the activation of platelets, which clump together and block blood flow. You could have a spasm in the artery, that blocks blood flow to the heart. More often, it may be due to an electrical flutter, which disrupts the synchronized beating and causes the heart to stop functioning altogether. None of these heart attack causes has much to do with increased cholesterol levels, but they have everything to do with silent inflammation.

You may be asking yourself, “What on earth is silent inflammation?” Even more perplexing, how can inflammation be silent? Silent inflammation is simply inflammation that falls below the threshold of perceived pain. That’s what makes it so dangerous. You don’t take any steps to stop it as it smolders for years, if not decades, eventually erupting into what we call chronic disease.

Eicosanoids were the first hormones developed by living organisms and are produced by every cell in your body. They control everything from your immune system to your brain to your heart. There are two kinds of eicosanoids: those that promote inflammation (pro-inflammatory) and tissue destruction and those that stop inflammation (anti-inflammatory) and promote healing. You need to have both kinds in the proper balance in order to be in a state of wellness. Unfortunately, most of us produce too many pro-inflammatory eicosanoids, which leads to increasing levels of silent inflammation and, eventually, to chronic disease. The Zone Diet was developed primarily to put these hormones back in proper balance.

A variety of factors forge the linkage between silent inflammation and fatal heart attacks. First of all, pro-inflammatory eicosanoids inside an unstable plaque can trigger the inflammation that increases the likelihood of rupture. Often these unstable plaques are so small that they can’t be detected by conventional technology, like an angiogram. When such a plaque bursts, cellular debris is released and platelets rush to the site in an attempt to repair the rupture, just as they would a wound. New blood clots formed from aggregated platelets may plug up the artery, stopping blood flow completely. This helps explain why many people do not die of heart attacks even through they have highly clogged arteries, whereas others do, even though they have seemingly normal arteries. It all depends on the levels of inflammation in these small, unstable plaques.

As if all this weren’t enough, lack of sufficient levels of long-chain omega-3 fatty acids ( found in fish oil) in the heart muscle can also lead to a fatal heart attack caused by chaotic electric rhythms in the heart. This condition, called sudden death, accounts for more than 50 percent of all fatal heart attacks.

One of the greatest physicians in the nineteenth century was Rudolf Virchow. Nearly 150 years ago, he stated that atherosclerosis is an inflammatory disease, based on his observations of autopsies of the very rare number of people who had actually died of heart attacks. At the turn of the twentieth century, the greatest physician in America was Sir William Osler. When asked why he didn’t include a chapter on heart disease in the classic textbook of medicine, he replied, the disease is so rare that most physicians would never see it. However, all this began to change.

In 1913, studies by a Russian scientist demonstrated that feeding a large amount of cholesterol to rabbits induced atherosclerotic lesions. As a result of this experiment, physicians began to believe that dietary cholesterol might be the primary cause of heart disease. Unfortunately, further studies found that dietary cholesterol induced atherosclerosis in rabbits, because it depressed thyroid function. If thyroid extracts were given at the same time as the dietary cholesterol, then there was no damage to the arteries. What’s more, studies in primates suggested that a high-cholesterol diet only led to accelerated lesions on the arteries, if the arteries were significantly inflamed in the first place. Although these findings should have put a damper on the primacy of the cholesterol connection causing heart disease, this was not the case.

Physicians used to think that we only had to worry about our total cholesterol levels. Then research found that this wasn’t such a strong predictor of heart disease. The fact that the most important drug (aspirin) to prevent heart attacks had no effect on reducing cholesterol (but it does a great job of reducing inflammation) was not going to get in the way of the great story on the benefits of lowering serum cholesterol levels as much as possible. Today, lowering cholesterol is the number- one priority of every cardiologist in America.

Dr. Barry Sears, leading authority on the dietary control of hormonal response, author of the New York Times #1 best seller, The Zone, is a former research scientist at the Boston University School of Medicine and the Massachusetts Institute of Technology. For more information about The Zone program call 1-800-404-8171 or visit www.drsearszonefast.com