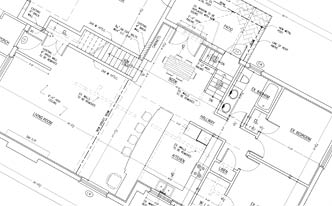 :dropcap_open:W:dropcap_close:ay back in 1997, I realized my wildly successful practice was, in fact, broken. And it all began with a simple question posed to me by a former high school classmate.
“Chris, where’ve you been?”
At the time, I had no answer. All day I had been busy. I saw a ton of patients, and each of their lives were improved because of the care my team and I were administering. I was feeling great about the direction my practice was going. Life was good…or so I thought.
It was summertime, which meant the sun was still shining when I left my office and drove to my daughter’s softball game around 7:30 p.m. A neighbor of mine, whose daughter was a teammate of my daughter’s, stopped me as I approached the diamond.
“Where’ve you been?” he asked. Still energized from my day, I didn’t notice his accusatory tone. I rambled on about how many patients I saw, how great I felt that I was changing lives, and how tired I was after a long, busy day.
“No,” he said. “Where’ve you been? The game’s almost over.”
I shot a glance at the scoreboard and my heart sank. It was the bottom of the last inning. The last batter was at the plate. I had missed it…again.
It was that moment…that horrible feeling…that made me realize I needed a change. I needed to build a better practice. The problem was I didn’t know where to start.
Sound familiar?
Regardless of where you’re at in your career, whether you’re like I was and you want to transform your clinic or you’re just starting out, building a practice is a scary proposition, and it’s never been more difficult than in 2012.
And why wouldn’t it be? You went to school to become a chiropractor, not a business professional. Sure, you probably thought you’d pick it up on the fly, but the reality is neither time, nor the banks, will wait for you to figure it out.
The majority of your work has been focused on becoming an expert in chiropractic techniques, not marketing, managing a staff, and running a real business.
Even if you give it your best, it might not be enough, because you likely don’t have all the answers…all the input.
:dropcap_open:An article from October of last year in The American Chiropractor reported that some 82 percent of practicing chiropractors nationwide struggle to pay their bills or don’t even pay them!:quoteleft_close:
An article from October of last year in The American Chiropractor reported that some 82 percent of practicing chiropractors nationwide struggle to pay their bills or don’t even pay them! You’ve probably heard that out of all chiropractic graduates, 50 percent fail and nearly 20 percent never even use the diploma, which many spend anywhere from $150,000 to $200,000 acquiring. That’s a large debt load to service.
Now that’s just plain stupid. How is our profession supposed to achieve the level of utilization it should have with numbers like that?
Today’s chiropractor can’t just be a skilled practitioner with an enviable bedside manner. Today’s chiropractor must always remember: you are no longer just a doctor… you’re a small business owner whose business should be delivering superior patient care.
That’s key, because the majority of your day is going to be spent running your practice, and not necessarily seeing patients.
Business never stops, and neither should your education

I have a list of success secrets taped to my bathroom mirror. I committed them to memory long ago, but I still enjoy the gentle reminder each and every morning. In fact, I keep the same list in my pocket, so that I’m always able to reflect when I need to, and pass on to others some of the principles that continue to resonate with me. I learned this habit from one of my mentors.
While each secret inspires me in different ways, #4 on the list may be the one that continues to impact my life on a daily basis: “Never Stop Learning.”
To maintain success you have to constantly change and grow. Sure, becoming a doctor of chiropractic is one heck of an achievement, but unless you’re setting your sights on the next accomplishment—maybe it’s growing your clinic and your impact on your community, or maybe it’s simply providing the best care possible to your patients—complacency always leads to mediocrity. Want to become a better doctor, a better person? Become a fountain of knowledge—always keep learning. Sharpen your tools.
Read books, take some classes, do whatever you have to so you can learn how to manage a staff, market your clinic, run systems analysis and everything else that keeps your practice moving forward.
And please don’t forget: If you practice today the way you did last year, your skills are already deteriorating. Improvements are constantly being made in how we can deliver exceptional care to our patients. Let’s keep our feet out of concrete and strive to be current, to be the best. Your patients deserve it!
Oh, and while you’re in education mode, pick up some books about leadership. One that I really like is Be Great by Peter Thomas. The bottom line is you’ve got to walk the talk. Once you start improving yourself, your ability to motivate your staff will improve, and that’s crucial to your success. You’ll need to train and motivate your team EVERY DAY so that your patients always have a 100 percent positive experience.
Here’s a real life example of how important this is: A colleague recently emailed me about having to replace a front desk team member who made it clear daily they did not want to be there. Negativity can become infectious real quick, and that’s exactly what happened. This employee’s attitude infected everyone. The replacement was the exact opposite, and her presence benefited the practice immediately. For starters, the numbers started climbing and future appointments shot up after her hire!