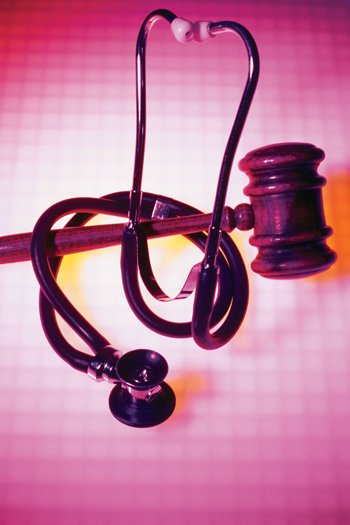 SAN FRANCISCO, Feb. 9, 2012 /PRNewswire-USNewswire/ — In a first-ever national survey of orthopaedic surgeons, 96 percent said they have practiced defensive medicine – the ordering of tests, referrals to specialists and hospital admissions primarily to avoid liability and without significant benefit to patients – according to a new study presented today at the 2012 Annual Meeting of the American Academy of Orthopaedic Surgeons (AAOS).  The study estimates the annual cost of defensive orthopaedic care at $2 billion.

In September 2010, researchers asked 2,000 orthopaedic surgeons to complete a Web-based survey on defensive medicine.  The orthopaedic surgeons were randomly chosen from the AAOS database.  Of the 1,214 respondents (61 percent), 96 percent responded that they had ordered imaging or laboratory tests, referred patients to specialists, or approved hospital admissions primarily to avoid possible malpractice liability.

Using the average national Medicare payment information from the 2011 Current Procedural Terminology (CPT) code reimbursement data, the cost of defensive medicine per orthopaedic surgeon respondent was approximately $8,500 per month or $100,000 per year, representing 24 percent of a physician’s annual spending.  Given the U.S. Department of Labor’s statistic of 20,400 practicing orthopaedic surgeons in the U.S., investigators estimate the national, annual cost of defensive medicine for the specialty of orthopaedic surgery at $173 million per month or $2 billion each year.

The study results show that physicians “are clearly concerned about malpractice issues, and they’re adjusting their practice procedures based on that fear,” said Manish K. Sethi, MD, lead author of the study, and co-director of the Vanderbilt Orthopaedic Institute Center for Health Policy. Eliminating defensive medicine is “an easy thing we can do to lower costs.”

“Defensive medicine drives up the cost of patient care and limits patient access to specialty care, neither of which are in the interest of our patients who deserve the best and least costly care possible. Unfortunately, the current legal climate forces good doctors to order these tests and practice defensive medicine,” said Douglas W. Lundy, MD, FACS, chair of the AAOS Medical Liability Committee.

Disclosure:  Dr. Sethi has nothing related to this study to disclose.

For more information on bone and joint health, visit Orthoinfo.org