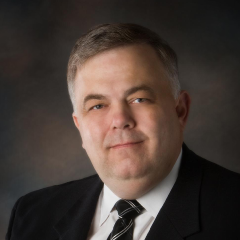 “Foot Levelers is a merit-based company, and Dwayne has demonstrated throughout his tenure his loyalty, tenacity, and ability to get things done,” commented Greenawalt. “Dwayne will do a fine job of steering the success and growth of Foot Levelers into the future.”

Bennett has worked for Foot Levelers for the past 25 years in all facets of the business, and served in his most current role as Executive Vice President. Bennett’s extensive experience at Foot Levelers includes operations, finance, marketing, and customer service.

“I am honored to receive this promotion,” said Dwayne Bennett. “I have attended the ‘School of Kent’ for the past 25 years and have learned so much from him and Dr. Monte Greenawalt [founder of Foot Levelers]. I will continue to build on Dr. Monte’s and Kent’s legacies and will work to grow this great company.”

Kent S. Greenawalt has served as President of Foot Levelers since 1989 and will remain the Chief Executive Officer and Owner, and focus on strategic planning. Bennett will oversee all operational functions of the company.