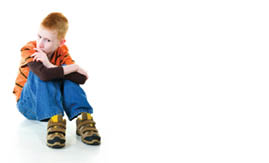 On the Aetiology of Autism

The world standard for blood levels of vitamin D uses nmol/l, while US standard uses mg/dl.

For vitamin D, to convert nmol/l to mg/dl, just multiply by 2.5.

In this newer article, Cannell updates his hypothesis of the link between low levels of vitamin D3 and the incidence of autism, reviewing the studies that have appeared in the literature since his 2008 publication.

KEY POINTS FROM THIS ARTICLE:

1) “The primary environmental trigger for autism is not vaccinations, toxins or infections, but gestational and early childhood vitamin D deficiency.”

2) An article in Scientific American (2009) and two articles in Acta Paediatrica (2010) support the evidence that “vitamin D deficiency—either during pregnancy or early childhood—may be an environmental trigger for the genetic disease of autism.”

4) The increased incidence of autism in the children of richer college-educated, wealthy parents might be explained by noting that such parents are more likely to “practice sun avoidance and use of sun block.”

5) The melanin found in darker skin is an effective sun block. Consequently, dark skinned people have a higher incidence of autism.

6) Environmental toxins are more likely to damage the genome of those who are deficient in vitamin D. Vitamin D “protects the genome from damage by toxins.”

7) A 2008 study (Journal of Autism and Developmental Disorders) found that boys with autism have reductions in metacarpal thickness; this is consistent with a deficiency of vitamin D during a stage of development.

8) A 2008 study (Archives of Pediatric and Adolescent Medicine) indicated that autism rates are higher in regions with more rainy/cloudy days. “Clouds and rain retard vitamin D-producing ultraviolet B light from penetrating the atmosphere.”

9) Autism is more prevalent in cities than in rural settings. “City life affords less vitamin D because of tall buildings, indoor occupations and increased air pollution, all of which block ultraviolet B light from penetrating the atmosphere.”

10) Studies published in the journal Neurology (2008 and 2009) indicate increased autism in the children of mothers who took antiepileptic drugs. “Antiepileptic drugs are one of the few classes of drugs that consistently and significantly interfere with vitamin D metabolism, lowering vitamin D3 levels.”

11) Autism rates are higher in children born in the winter, when vitamin D from sun exposure is low.

12) Autism has a genetic contribution. The current epidemic maternal and early childhood deficiency of vitamin D may “allow the genetic tendency for autism to express itself.”

13) Theoretically, prevention and perhaps treatment of autism with physiological doses of vitamin D3 “is so simple, so safe, so inexpensive, so readily available and so easy, that it defies imagination.”

14) “Children with chronic illnesses such as autism, diabetes and/or frequent infections should be supplemented with higher doses of sunshine or vitamin D3, doses adequate to maintain their 25(OH) D levels in the mid-normal of the reference range [65 ng/mL {USA} or 162 nmol/L {global}]—and should be so supplemented year round.”

15) “To some real but unknown extent, autism is an iatrogenic disease, caused by governments, organizations, committees, newspapers and physicians who promulgated the current warnings about sun exposure for pregnant women and young children without any understanding of the tragedy they engendered.”