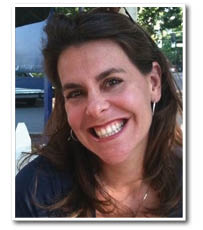 For more than eighteen years, Dr. Karen Gardner Bagnell has studied the mechanisms of breech and transverse presentations, pregnancy and delivery. Dr. Gardner Bagnell has guest lectured at The University of Pennsylvania School of Nursing and Chestnut Hill Hospital in Philadelphia on the importance of Chiropractic care during pregnancy, labor and the post partum period, as well as at the American Association of Birth Centers on Optimal Fetal Positioning at Penn State. She is currently on the faculty at chirocredits.org and is continually featured in chiropractic, pregnancy and midwifery publications. Dr. Karen Gardner Bagnell has a family practice which focuses its attention on children and pregnant women.

TAC: Dr. Gardner, give us some background information on yourself.

GARDNER: I graduated from Life College in 1993.  I have two children.  Both were delivered naturally.  The home birth of my son was featured on the television series “A Baby Story.”  I only agreed to do the show if the producer guaranteed that pre-natal chiropractic care would be emphasized and highlighted.  She agreed and the rest is history.

TAC: What inspired you to become a chiropractor specializing in pregnancy issues?

GARDNER: When I was a student at Life, I had cared for two pregnant women.  I was so nervous and unprepared for the challenges and questions I had about pre-natal care.  I absolutely hated feeling unqualified and unsure of myself and my abilities as a doctor.  Then and there, in the tenth quarter, I decided that I will never feel that way again and started reading everything I could find on the pregnant female pelvis.  I learned how and why the alignment of the pelvis and its support ligaments affects the position of the baby and the course of labor and delivery.  I also discovered how and why a specific chiropractic adjustment can change all of that.

TAC: Who would you consider to be your mentor?

GARDNER: My mentor would have to be my dad.  He grew up in a very poor family and knew the only way he could avoid the same life as an adult was to get an education and work for it.  He went into the air force immediately after high school and used the GI bill to start his college career.  He worked and went to school at night.  Family day was Saturday and he studied all day on Sunday.  He put family as a priority and I’ll never forget that.  He taught me, by his actions, that the only place that success comes before work is in the dictionary.  He was the first in his family to graduate college; I was the second.

:quoteright_open:When a woman presents with a breech baby, that’s when it really gets fun for me.:quoteright_close:

TAC: What are your specialties and can you tell us some more about them?

GARDNER: Caring for pregnant women is definitely one of my specialties, as is cranial adjusting.  When a woman presents with a breech baby, that’s when it really gets fun for me.  I see each case as an opportunity to help someone like no other practitioner can.  I see it as a challenge and a gift at the same time.  Each time a baby turns, and on the rare occasions when it does not, I learn something.  I take exhaustive notes so that I can be better the next time for the next expectant mom.

I started getting interested in cranial work after my own experience with migraine headaches sent me to seek out that specialty for correction and relief.  Once I achieved amazing results with my chief complaint, I decided to look into learning as much as I could about this healing art as well.  Now I’m starting to see amazing correlations with the cranial bones of a mom to be and breech presentations.  I’m always amazed at the working of the human body.  We are truly astounding creations.

TAC: How long does it take a chiropractor to learn this method of adjusting specifically associated with breech presentation?

GARDNER: To become certified in the technique takes eleven months through online seminars, book learning and hands on workshops.  The technique, itself, is very uncomplicated.  There is an order of spinal analysis that should be adhered to for optimum results.  It may take a while to memorize that order, but anyone can learn the technique in a day.

TAC: Is this a different method than how you treat patients that are pregnant presenting for pain syndromes?

GARDNER: While there are certain patterns of subluxation and misalignment that occur with various chief complaints of pregnancy, such as sciatica, heartburn and Meralgia Paresthetica, our analysis and correction remain universal.  We find something that needs to be corrected, we correct it and the innate healing ability of the human body takes it from there.

TAC: You mentioned to me that you had been investigated by some people associated with Stephen Barret.  Can you comment on that?

GARDNER: A number of years ago I was tipped off by an anonymous e-mail that I was a “person of interest” to the quackbusters and their community.  The Pennsylvania State Board received an allegation from a man named Terry Polevoy, from Canada, that I was practicing obstetrics without a license.  Even though the allegation was completely fabricated, the State board’s policy is to investigate all claims of impropriety.  For six months I was investigated and, of course, the claims were dismissed because they were ludicrous to begin with.  I was left feeling like, “You know what, quackbusters?  Not only am I going to continue my work with pregnant women, but I’m going to teach other chiropractors how to care for pregnant women, too.”  In essence they were the impetus for me to get out there and start sharing what I know.

TAC: Which techniques do you use and why?  Do you use any diversified, Thompson, Activator?

GARDNER: In addition to the obvious Bagnell Technique; I use my own combination of SOT, AK, Thompson, Diversified, Gonstead, Activator and Upper Cervical.  Each technique offers such wonderful elements in varying ways and I choose which pieces I need to best serve my practice member and then use them.  SOT and Activator are two of my favorites, because they are so low force and gentle on the very pliable pregnant woman’s ligaments.

TAC: What type(s) of diagnostic testing procedures do you use and why?

GARDNER: Muscle testing, similar to Applied Kinesiology is what we like to use for analysis.  It provides instant feedback to both practice member and doctor and lets everyone know if corrections were made.  If the muscle was weak before the adjustment, it should be strong after the adjustment.  If it isn’t, we missed something.  We also use The Tytron Thermal Scan.  It’s a fantastic tool to educate our moms-to-be and for us to get a clearer picture of the integrity of their spine without exposing them and their babies to ionizing radiation.

We uncovered an amazing pattern in the mom’s spine when she is carrying a breech baby.  When that pattern changes, we can pretty much guarantee the baby has turned into a vertex position.  It hasn’t been wrong yet.  Of course, it’s just an in-house observation.  We haven’t done an official study on it.  Maybe I’ll add that to my ever-growing To Do list.

TAC: Tell us two or three of your most amazing patient success stories.

GARDNER: We have so many success stories, but there are two stories that I will never, ever forget.  I had just adjusted a mom for the first time.  She was about 36 weeks pregnant.  She was in the prone position and needed to get supine so I could adjust her pubic bone with an instrument.  I adjusted the pubic bone and then palpated for her round ligament to see if there was any residual spasm that needed working on.  As I was palpating, her abdomen started moving like crazy.  It looked like a wrestling match was taking place and then, all of a sudden, it stopped.  We both looked at each other and started to cry because we had watched a miracle happen.  Her baby turned right in front of me.  I get teary eyed even to this day and this was over 10 years ago.

The second amazing case involved a woman whose baby never turned before labor started.  She was so sad and broken hearted that she’d have to have a c-section.  She continued to get adjusted right up until her labor began on its own.  Because her midwife knew the value of labor even with a scheduled c-section, this mom-to-be labored for several hours before going to the hospital.  As she arrived at the hospital, her water broke and the baby turned!  She avoided a c-section and delivered vaginally.  Another miracle and another c-section avoided.

TAC: What marketing strategies do you use to attract new patients and to keep current patients?

GARDNER: The most effective way to reach pregnant women is to reach out to the other people who care for them.  We work very closely with area midwives, doulas and OB/GYNs.  We stay in contact with them about our mutual patients through follow-up phone calls and/or reports.  We don’t ask them for referrals; instead, we teach them how and why to refer to us.  We then, of course, thank them for referring.  Gratitude is so important.

We initially discover, during consultation, what our new practice members expect from us.  We then give them a care plan based on our knowledge and experience with similar cases to theirs and their expectations.  It’s a win-win.  They follow the care plan because it’s what they choose in the first place.  We also perform routine progress exams and spinal scans to monitor their progress and continued need for care.  We don’t just say, “You need to keep getting adjusted.”  Instead, we show them why they need to continue getting adjusted.

TAC: What is the success rate you have with your technique?

GARDNER: Success rate in our technique is a little higher than 96%, on average.   Gestational age, mother’s age, abdominal surgeries, uterine size and shape, as well as mother’s stress level all have bearing on the success rate.  Our success rate is on the incline just recently, as we have incorporated cranial work and homeopathy in the more “stubborn” cases.

You may contact Dr. Bagnell at [email protected] More information can also be found at www.pregnancychiropractic.com.