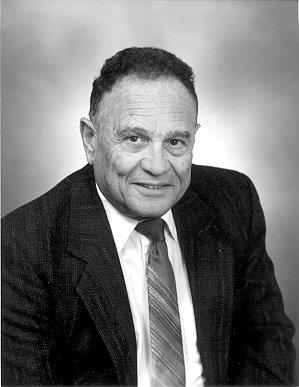 Seneca Falls: At its meeting on June 27, 2015, New York Chiropractic College’s (NYCC) Board of Trustees honored Valerio Pasqua, DC, by electing him to the position of Trustee Emeritus. Dr. Pasqua joins Drs. Lewis Bazakos, Richard Carnival, and Nathan Novak, previously elected to this position in recognition of exemplary knowledge, skills, abilities, and outstanding service to the College.

Trustee Emeritus is an honorary lifetime designation bestowed by the Board of Trustees upon a very few select individuals. Dr. Pasqua graduated from the Chiropractic Institute of New York in 1951 and maintained an active practice in the Bronx for many years. He served as a valued member of NYCC’s Board of Trustees from 1995 through 2007. According to Board Chair, Dr. John Rosa, “Dr. Pasqua’s passion and experience when he served on the Board was so valuable to all of us. The Trustee Emeritus is a fitting recognition.”
Dr. Pasqua was a member of the American Chiropractic Association and the New York State Chiropractic Association (NYSCA) throughout his professional practice, serving a term as president of NYSCA. Deeply committed to chiropractic education, he served as a commissioner and vice chairman of the Commission on Accreditation of the Council on Chiropractic Education.
He was honored by being selected as a Fellow of the American College of Chiropractors, the International College of Chiropractors, and the Academy of Chiropractic Orthopedists. Reflecting on Dr. Pasqua’s extraordinary service, Dr. Frank J. Nicchi noted, “Dr. Pasqua is considered a pioneer in the chiropractic profession who dedicated his career to the advancement of chiropractic. His outstanding commitment, service, and support of NYCC indeed merit this special acknowledgement.”