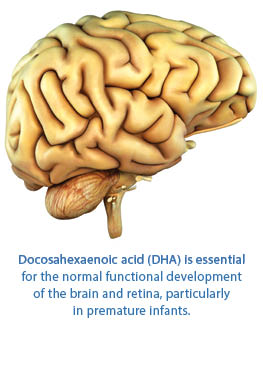 :dropcap_open:S:dropcap_close:everal sources of information suggest that human beings evolved on a diet that had a ratio of omega-6 to omega-3 fatty acids (FA) of about 1/1. Today, Western diets have a ratio of 10/1 to 20–25/1, indicating that Western diets are deficient in omega-3 FA compared with the diet on which humans evolved and their genetic patterns were established. Docosahexaenoic acid (DHA) is essential for the normal functional development of the brain and retina, particularly in premature infants. DHA accounts for 40% of the membrane phospholipid FA in the brain. The balance of omega-6 and omega-3 FA is important for homeostasis and normal development throughout the life cycle.
KEY POINTS FROM THIS STUDY:
Dr. Dan Murphy graduated magna cum laude from Western States Chiropractic College in 1978. He received Diplomat status in Chiropractic Orthopedics in 1986. Since 1982, Dr. Murphy has served part-time as undergraduate faculty at Life Chiropractic College West, currently teaching classes to seniors in the management of spinal disorders. He has taught more than 2000 postgraduate continuing education seminars.  Dr. Murphy is a contributing author to both editions of the book Motor Vehicle Collision Injuries and to the book Pediatric Chiropractic. Hundreds of detailed Article Reviews, pertinent to chiropractors and their patients, are available at Dr. Murphy’s web page, www.danmurphydc.com.