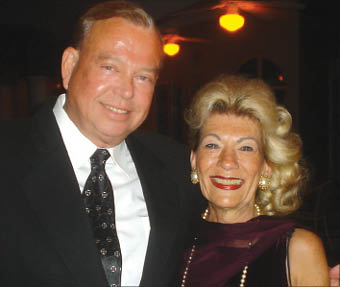 After 34 years of consistent service to the chiropractic profession through her work here at the magazine, on March 29th, 2012, TAC Editor Jean Marie Irelan Busch made the transition leaving us with the honor of carrying on her legacy.
Jean, or “Jeanie” as she was called by friends and loved ones, was the loving wife of the founding publisher, Dr. Richard E. Busch, Jr. They were married 45 years, and she is survived by her six children, 14 grandchildren, and her husband. Several of her children and grandchildren continue to work at the magazine that Jeanie helped found.

Jeanie graduated from South Whitley High School, achieving the high scholastic rank of Salutatorian of her class and went on to graduate from Indiana University in 1966 with a Bachelor of Arts degree in Grammar and Theater. While at Indiana University Jeanie was a member of the Delta Gamma Sorority, was captain of the pom pom cheerleaders, taught for the National Cheerleaders Association, and was on various Indiana University steering committees, including Little 500 etc. and the I.U. Foundation. Many who have known Jeanie remember her boisterous laugh, beautiful smile, positive love of life and comforting, silent strength that those around her could sense whenever she was present.
Upon graduation from college, she traveled to Davenport, Iowa to support her husband Richard’s pursuit of his chiropractic degree at Palmer College. While there, Jeanie taught English to students at Sudlow High School. Jeanie didn’t teach school long, however, because her first child, Tracy, was soon conceived.
Jeanie returned to Fort Wayne, Indiana following the graduation of her husband from Palmer College. Before her husband, the now Dr. Busch, established the Busch Clinics, Jeanie worked as a C.A. with him at the Goeble Chiropractic Clinic in Fort Wayne, Indiana. This only lasted 2 weeks while Dr. Goeble was on vacation, and then Jeanie was blessed with another child on the way. Their first son, Rick, now Dr. Richard E. Busch III, furthered the Busch chiropractic tradition. Jeanie came on strong as a leading homemaker and mother fostering four more children: Tunde, Jaclyn, Joseph and James. Joseph, Jaclyn and Tracy are also graduates of Indiana University, with Joe furthering his education at the National Chiropractic College. Her children continue to present strong leadership for The American Chiropractor Magazine, a trait learned from their Mother.

Jeanie was also active in civic and sorority matters. In Fort Wayne, Indiana, Jeanie was active in Career Day for kids and established the category Homemaker, which was previously missing from the choices. Also, at one time she was the leader of four Brownie Troops. She was instrumental in leadership and giving her time to help her family and others with continued support for her husband in his many endeavors.

In 1978, Jeanie was called on to sell advertising in The American Chiropractor. She did so under the pseudonym Tracy Leigh. She sold an ad over the telephone on her first call! She was also one of the original editors for The American Chiropractor Magazine, with a meticulous eye for grammatical mistakes and a passion for commas, as her family liked to joke. When not editing, she was also selling advertising to many of the same companies that have become prominent supporters of the profession. From that point in 1978, Jeanie was never far away from all aspects of The American Chiropractor Magazine. When not directly involved in the delivery of the content, you could find her working on some other aspect of the magazine.
The traits that were most respected by those that knew Jeanie were her compassionate heart and tireless work ethic. Those who were around her felt blessed to have shared in her time, and those who loved her will carry her memory in their hearts.