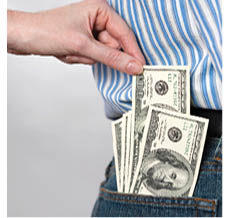 :dropcap_open:I:dropcap_close:f you accept insurance, you are a target of the insurance carriers on many levels. First, you cannot be “Pollyannaish” and think that because you are a “healer” or help people on so many levels you are deserving of the fees you get. That is not part of the equation. Your patient has a contract with his/her insurance company and your claims trigger provisions in his/her contract for you to get paid. Nothing more or less.

Due to the fact that this is about contracts and contract law, there are many ways to interpret the language within those contracts. Lawyers hired by the insurance companies have made a “cottage industry” out of using the courts to redefine the agreements to secure additional profits. The carriers have been so successful that they have retained some of the best firms nationally to ensure increasing profits. The carriers are now utilizing “old” technology created for their benefit with a twist to further increase their bottom line at your expense: IMEs and Peer Reviews.
The IME or independent medical examination and peer review processes are necessary and integral steps in maintaining a system of checks and balances in health care billing in order to prevent unnecessary care. Over the last two decades, the system has evolved to where too many doctors who are hired by the carriers through an IME company (middle man) or directly by the carriers are not performing examinations that are remotely close to independent. Two decades ago, some of the facts reported were not accurate, leading to desired conclusions. Today, it is a rarity to see the facts represented accurately, based upon this author’s 31 years in the industry reviewing IMEs and peer review reports nationally and polling treating doctors and lawyers from coast to coast.
Over the years, it has been my experience that too many IME companies have handed doctors completed reports, mandated diagnoses, misquoted research and/or given strict orders regarding the scope of care permitted, all prior to the examination. In almost every instance I have encountered, the carrier or IME company has offered to send the doctor more cases if he/she works with them to reach a desired conclusion, whatever that may be.
This is one of those scenarios where you need to be ready. This is also where the 5 P’s (proper planning prevent poor performance) come into full effect and you have to ensure that your documentation infrastructure, knowledge base and credentials are strong enough to meet the challenges of today’s marketplace. Basically, if you want to keep your hard-earned money rather than allow a predatory insurance carrier to, in essence, “steal your money” on what could be considered a technicality, misstating the facts or errors of omissions, then you must be prepared.
As a profession, we are not prepared to meet the challenges in today’s marketplace to ensure that we get to keep well-deserved fees paid for honest and ethical services delivered. I have been witnessing that fact for almost a decade while working with and teaching doctors nationally. We are simply not prepared as an industry to compete with the insurance industry…yet!
A modest sampling of the profession in early 2012 revealed the following:
Fact: Right now, the carriers are ordering IMEs and peer reviews, which is nothing new. HOWEVER, based upon the independent medical examiner’s or peer reviewer’s often improper results, the carriers are demanding repayment of claims already paid to you and hiding behind the third party reports (IMEs and peer reviews). We (field doctors) can all agree that MANY of those reports are a work of either fiction, partial truths or outward fabrication of the history, clinical findings or test results and treatments rendered to reach a desired conclusion of non-necessity.
One doctor on the east coast just received the above form letter.

AllFarm Insurance Company contends that these payments were made in error based upon the IME doctor’s report. That is not true. AllFarm Insurance Company found a method to turn the “hands of time” backwards and utilized a loophole in the ability to take money away from the doctor to realize a windfall profit…at our expense. When the treating doctor examined the IME doctor’s report, it was fraught with a distorted history, omissions of positive test results and improperly reporting that a complete physical examination was performed when the patient and a witness in the room verified that many of the negative reported tests were never performed.

Solution: The ONLY solution is to be able to effectively rebut the IMEs and peer review reports. The doctor who received this acknowledged that he must fight this in order to keep his money and to ensure that he doesn’t continually fall prey to AllFarm Insurance Company as an easy target in the future. He also realized that in order to fight this request to repay the carrier that he has to be credentialed in the subject matter(s) in contention. In other words, if the carrier is denying care based upon the MRI results, then the doctor must have credentials in MRI interpretation to understand and be able to refute the conclusions. A complete record must also be maintained with appropriate re-evaluations every 30-45 days as prescribed by the Medicare standard, which is followed by most carriers nationally. In almost every case where the IME or peer review rebuttal was overturned, the doctor was credentialed through post-doctoral education (CE courses) in MRI, accident reconstruction, neurology, orthopedics, biomechanics, triaging the injured, sports injuries, etc. The credentials needed should reflect the type of practice you have.

Recently (October 2012), a doctor from Florida told me that as soon as he accurately rebutted a peer review denial based upon the facts of the case, citing the actual facts of the research considered by the peer reviewer, while removing any emotion in the rebuttal, the carrier instantly reversed their decision and authorized more care than he requested. They were afraid that he was going to follow through with his promise (not threats) to expose the illegalities of the carrier’s hired IME hand to the licensure board and state’s attorney general. The carriers are acutely aware of the issues and are concerned that this will become public and cost them. This doctor, in spite of the carrier reversing their decision, will still be going after the peer reviewer (DC) who falsified her report. These doctors need to be taken out of the system and deserve to have their licenses considered by the states for their actions to make money at the expense of the patients that are being hurt. That can only be done with rebuttals that are factual and by utilizing the laws within your state to ensure we all, treating doctor and independent examiner alike, adhere to the same practice and reporting standards. Although third party doctors have different “duty of care” standards in certain states than treating doctors, we all have the same licensure requirement to be factual in our reporting. The lack thereof constitutes both licensure infractions and possible negative legal implications of fraud.

As of now, there are very few doctors nationally that are successfully overturning negative improper IMEs. This is because most doctors simply do not understand the process. To learn more on how to do a proper rebuttal, Google “IME rebuttal” and get educated on how to be successful in defending your practice, your reputation and your money.

In addition, you must, must, must get credentialed. If you have been sitting on the fence, now is the time. MRI spine interpretation has become a critical component to the denials because the carriers’ hired doctors are often “spinning the facts” in the results that have direct impact on the necessity of your care. To be qualified in refuting these issues, get credentialed. Do a Google search for “MRI spine interpretation.” The same applies at every level of your practice.