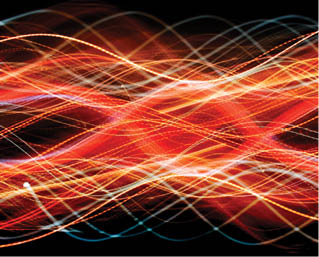 Chiropractors and the Nervous System
Chiropractors have always been interested in how subluxation affects the nervous system. DD and BJ Palmer commonly lectured about the wonders of chiropractic and how it could heal the injured nerves. Recently, chiropractors have been seen as leaders in the field of laser therapy and its effects on the central nervous system. This article will explore how this occurs and why it is important for doctors of chiropractic to understand this exciting new research.
What is Low-Level Laser Therapy?
Low-level laser therapy (LLLT) is a treatment that uses lasers or LEDs to stimulate or inhibit cellular function.¹  Laboratory studies find that LLLT can stimulate healing, alter cellular metabolism, and stimulate tissue proliferation.²
Laser Has Been Proven
One of the newest trends is the overwhelming number of studies proving the value of laser therapy. There are over 2,000 positive studies and more than 250 randomized double-blind clinical trials that document the value of laser therapy with pain management, reduction of inflammation, and improved rate of healing.³  With this in mind, it is vital that chiropractors understand the latest scientific research regarding the newest and most versatile electrotherapy tool, cold laser, and how it fits into a modern practice. The first question I get from doctors once they are convinced that the use of laser works is, “How does laser compare to other modalities?”
Laser Compared to Ultrasound
When comparing laser and light therapy to ultrasound, research indicates that ultrasound has value, but laser has been shown to close wounds more effectively.4  Ultrasound tends to cause a slight retraction of hard and soft tissues, whereas laser causes a proliferation of these tissues.5  Thus, when the goal is wound healing, post-surgical rehab, or tissue strengthening, laser therapy has unique strengths above ultrasound. In summary, to break up old, fibrous scar tissue, I recommend ultrasound as the first phase followed by laser to stimulate healing and blood vessel development.
Laser Compared to Electrical Stimulation
When comparing laser therapy to electrical stimulation, research indicates that laser therapy provides as much or more healing stimulation.6  In addition, laser therapy appears to be equal to or more effective than acupuncture with electrical stimulation.7  However, electrical stimulation can provide quick pain relief, so it can be quite effective to use electrical stimulation while painting the area with laser. This appears to accomplish a synergistic effect.8  Thus, laser is unique in that it provides multiple benefits, including improved rates of healing, tissue proliferation, and analgesia, and it can be combined synergistically with other modalities.
Lasers in Chiropractic
The primary use of laser therapy in a chiropractic office is for the treatment of pain. The effectiveness of laser at pain management and the lack of serious side effects have been proven.9  We now know that laser can dramatically improve the function of the central nervous system as well.
Deep Laser Penetration
There is no question that clinicians who use lasers to treat the spine and extremities treat the spinal cord indirectly. If a doctor places an infrared laser on a patient’s back, six percent of the photons enter the spinal cord; thus, chiropractors are always treating deeper structures.10 For example, if a doctor places a laser over a patient’s sternum or lower ribs when they have costochondral pain, they are indirectly irradiating the heart and liver. There are recent medical studies that demonstrate the beneficial effects of treating the heart and liver with LLLT.11 12
Lasers Help the Central Nervous System
Complex regional pain syndrome (CRPS) is a chronic pain syndrome that was originally termed reflex sympathetic dystrophy (RSD) and is characterized by excruciating pain following a very minor injury.13 CRPS is caused by the nervous system getting stuck in a sympathetic mode.14  It has been shown that laser therapy can heal many types of chronic neurological disorders, including CRPS.15
Spinal Cord Injury
Research also documents that laser can simulate spinal cord regeneration. It was found that when the laser was applied to the spine, it significantly improved the average length of axonal re-growth and increased the total number of axons after spinal cord injury. 16

How Does Treating the Brain Affect the Body?
Research documenting that treating the brain could affect the function of the whole body began in the 1970s. Research at UCLA School of Medicine established that descending inhibitory pathways can inhibit pain. This may explain how treating the brain, and even cranial adjusting, can have such powerful, full-body effects.17

Lasers, Depression, and Addiction
LLLT has been shown to be helpful for depression because infrared laser light produces natural opioids and serotonin in the brain.18 The best study on lasers and addiction was done on cigarette smokers. All of the patients who received laser therapy experienced a lessening of withdrawal symptoms and 92 percent of them stopped smoking.19

The New Frontier: Laser Brain Treatment
About five years ago, researchers began to document the value of directly treating the brain with lasers. The first studies in 2006 found that animals that had strokes and were treated with LLLT had a significant improvement in neurological function. 20 21 22

Lasers and Degenerative Brain Disease
Amyotrophic Lateral Sclerosis (ALS) is characterized by progressive loss of motor function and death. Researchers found that by placing the laser directly on the skull, motor function was significantly improved. 23 Another recent study was performed on Parkinson’s disease patients. It was found that laser treatment normalized neurological activity and reduced Parkinson’s symptoms after a single, brief treatment.24

Major Medical Research
:quoteright_open:There is no question that clinicians who use lasers to treat the spine and extremities treat the spinal cord indirectly. If a doctor places an infrared laser on a patient’s back, six percent of the photons enter the spinal cord; thus, chiropractors are always treating deeper structures.:quoteright_close:Harvard Medical School recently studied 10 patients with depression and anxiety. A 250 milliwatt LED was placed on the forehead just a few millimeters above the skin. The researchers noted a significant decrease in depression and anxiety that lasted for four weeks after only one treatment.25 Following this Harvard study, there have been more human studies that demonstrate tremendous benefits from laser therapy on the brain. In the second major human study, 660 patients received laser therapy applied to the skull. Researchers noted a favorable outcome after 90 days and found that the laser was able to penetrate about five inches. The study was performed at some of America’s best medical schools, including UC San Diego, Stanford University, Scripps Hospital, University of Massachusetts, University of Pennsylvania, and Boston University. 26

Wavelength and Dose
Research documents that laser therapy stimulates an increase in ATP, RNA/DNA synthesis, oxygen, and cell metabolism.27Also, it has been found that when treating almost any area of the body, treatment is ineffective if the dose is too low or too high.28 29

It is important that one consider dose because only three percent of the photons delivered to the forehead-scalp surface will reach the cortex.30

Summary
The value of using lasers to directly treat the brain is still in the experimental stage. Yet, it is being validated on human subjects by noted researchers in major medical schools and hospitals with quite dramatic clinical results. Based on the positive findings of these groundbreaking studies, I expect lasers to be an integral part of complementary neurological therapy in the near future. And because chiropractors have been trendsetters in the use of lasers and the nervous system, they should use this information to help them continue to be leaders in this field. Understanding the latest trends in medical research regarding laser and the central nervous system is the first step.

Curtis Turchin, M.A., D.C. is an expert in the field of laser treatment, low force adjusting and therapeutic exercise. He has published 4 books and more than 20 journal articles on chiropractic and laser therapy. He has lectured at many chiropractic colleges and state associations. If you have any questions, please feel free to contact him. Contact him at: [email protected] or 650-224-8789. His teaching website is: http://www.innateadjusting.com