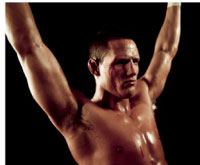 An extreme athlete performs mostly maneuvers the general public would never even dream of attempting. His sport requires that he possess phenomenal skills, courage, strength, endurance and perseverance. The extreme athletes I am talking about are Mixed Martial Arts (MMA) fighters, like the ones in the ever-popular Ultimate Fighting Championship (UFC).

The UFC fighter can get kicked, punched, body slammed, tackled and even choked unconscious. These “warriors” do share common injuries with most other sports however, with the majority of injuries categorized as strains and sprains. They are highly skilled performers that are many years in the making because the event is so diverse and the backgrounds of the competitors are so varied.1

The fighter has to be strong, agile, explosive, enduring and mentally tough. But to attain these skills, he must go through extensive training and competition that is brutally tough each and every day, even though most have “regular” jobs they report to daily. Their daily training is based on wrestling, boxing and other combat sports.

So, when one of these athletes walks through your door, you need to have prepared an arsenal of skills. You need to be able to unlock fixated joints, break up long-standing scar tissue, speed healing of strained muscles and sprained ligaments, improve lymphatic drainage, as well as working on their (subconsciously driven) limiting beliefs. If you don’t, they will go elsewhere to someone that does, because they depend on the ability to train. Without training, this athlete will quickly lose strength, endurance, explosiveness and his confidence.

That is why we utilize so many diverse technologies in the treatment of these modern day “gladiators.” We will only touch on a few of these treatment protocols in this article. The most common acute injuries sustained are strains and sprains from the daily training regime they endure. We routinely utilize Super-Pulsed lasers to treat pain, inflammation, swelling and/or bruising associated with their training sessions and competition.2

Laser therapy reduces the excitability of the nerve cells by an interruption of the fast pain fibers with a concomitant resultant reduction in pain, inflammation, swelling and bruising. Laser has also shown to accelerate the repair of nerves and improve function in both the central nervous system (CNS) and peripheral nerves after injury.3

We employ Super-Pulsed lasers because we found them to be the most effective treatment for the medium and even deep soft tissue structures within the body (3-5cm)4,5 and allow shorter treatment times than traditional lasers. With multiple frequencies, depth penetration and additional modalities in this unit it is the ideal treatment for these warriors. The Super-Pulsed Infrared Laser (905nm) unit also has Pulsed Broadband Non-Coherent Infrared Laser (875nm), Pulsed Red Non-Coherent Light (660nm), Static Magnetic Field (35mt) and E-Stim with technology that detects tissue inflammation. This unit is our dependable daily workhorse because of the reliable results we have achieved in treating injuries.6,7

To improve neurological firing, we utilize work developed by Dr. Allan Austin from Canada. He has been using proprioceptive distortion protocols to modulate (facilitate and/or inhibit) athletes movement patterns for many years. Estonia has used him with their Olympic athletes for several Olympics now. It is a brain-based multimodal treatment system designed to integrate correct neurological communication between the brain and body.8

We have treated fighters using this neurological approach and achieve strength gains, for example, of 50+ lbs in their bench press after their first visit. We have also increased a Straight Leg Raising (SLR) test from 40* to 90* again after only a few treatments, if the tightness is due to neurological overfacilitation. Not to mention, an athlete that had continuous low back pain for 6 yrs and without ever treating his lower back, we permanently shut off the pain signals.

Dr. L. Jon Porman has been in practice for 14 yrs. Currently he is the Chiropractor for University of AZ Track and Cross Country Teams. He has worked with more than 400 professional athletes. In 2008, he was invited by athletes competing at the Olympic Track and Field Trials to provide sports performance care. He can be reached at [email protected] or 480-812-9000.