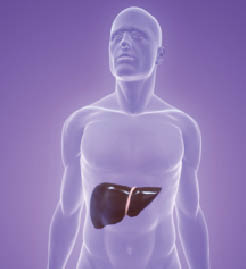 :dropcap_open:D:dropcap_close:r. Mark Franks was perplexed by the number of his patients who were diabetic and clinically obese. During the 20 years he had been a chiropractic physician, the obesity rate had more than doubled to become the number 2 cause of preventable death in the United States.1 Not surprisingly, there had also been a 76% increase in Type 2 diabetes during this same period. Dr. Franks also understood that, if current trends continued, 1 in 3 Americans would develop diabetes in their lifetime and they would lose, on average, 10-15 years of life.2

As a D.C., he knew he needed to address the causes for these twin epidemics if his patients were to be helped. Of course, it was common knowledge obesity was caused by overeating and lack of exercise, while Type 2 diabetes was the result of obesity. But was it? Dr. Franks had his doubts.

He knew there was a well-documented overlap between this country’s staggering rate of hunger (euphemistically referred to as “food insecurity” by the USDA) and escalating obesity rates. Nine of the ten states with the highest poverty levels also rank in the top ten of obesity levels.3 How can one be simultaneously hungry and obese?

A brief investigation into this paradox revealed the cost per calorie for foods containing fats and oils, high fructose corn syrup and refined grains are extremely low, but are precisely the foods linked to high obesity rates. Healthy foods—those high in nutrition—like vegetables, fruits, lean meats, and seafood are several thousand times more expensive per calorie. Dr. Franks realized obesity is a form of malnutrition, not overeating! Individuals are ingesting more “food” in the form of empty calories, because their bodies are being starved from lack of nutrition.4

The typical “fast foods” consumed today are basically “junk food” devoid of nutrition and loaded with inexpensive fats, sugars and salt because it is cheap. To make matters worse, the food industry adds various chemicals and additives designed to make such foods addictive as well as look and taste appealing.5 Processed food is manufactured for profit, not to promote good health.

Upon further investigation, Dr. Franks uncovered another alarming truth; the American public is being systemically poisoned! Agri-business is being allowed to poison and pollute our food to extend product shelf life, and feed our food animals garbage while shooting them with hormones and steroids to enhance growth and size. Crops are being treated with pesticides and additives, while hybrids are being developed to ward off insects and pests at the expense of nutritive value.6 Currently, over 70,000 chemical compounds have been identified in our food, water, and environment.7 Additionally, the drug industry has been given carte blanche to lie and mislead the public and promote drugs as a necessary part of everyday life.

:dropcap_open:Processed food is manufactured for profit, not to promote good health.:quoteleft_close:

It became clear to Dr. Franks that the reason many of his overweight and obese patients did not exercise was because their bodies were so undernourished, toxic, and fatigued, they simply didn’t have the vitality or energy levels!

If Type 2 diabetes was caused by obesity, then a diet program alone would appear to be the answer to the current diabetes epidemic. However, statistics indicate roughly one-third of obese individuals will never develop diabetes. Additionally, 15% of individuals who do have Type 2 diabetes are neither obese nor even overweight!8 Clearly, excess weight alone is not the major link to Type 2 diabetes.

Dr. Franks found the answer to this perplexing mystery in an article by Dr. Gerald Shulman, professor of internal medicine at Yale, who has studied the weight/diabetes link for 25 years. Dr. Shulman found that Type 2 diabetes is not caused by fat alone, but by fat accumulation in the liver and muscle where it disrupts normal biological processes, leading to insulin resistance. “When we eliminate fat from the liver, we reverse insulin resistance and Type 2 diabetes,” Dr. Shulman stated. He also discovered that beta cells, which release insulin into the blood, are damaged by environment insults.9 Studies have found that people who live in polluted areas are prone to Type 2 diabetes, as are individuals exposed to PCB’s and other chemical compounds.10

The liver is the major fat-burning organ in the body, more so than muscle tissue, which ranks a distant second. It regulates both fat and carbohydrate metabolism and glucose storage. The liver produces over 1,000 essential enzymes and regulates the level of sugars in our blood. It is the gateway to the body and responsible for breaking down, filtering, and detoxifying everything that is eaten, breathed, or absorbed through the skin.11 When over-taxed with junk foods, environmental poisons, trans-fats, and drugs, the liver develops steatosis, commonly known as “fatty liver” disease.12

Dr. Franks’ inquiry into the importance of proper liver function made him cognizant that detoxing the liver and ameliorating fatty liver disease was the key to reversing both obesity and diabetes!  He developed a 5-step patient protocol incorporating (1) detoxifying the liver; (2) stimulating thermogenesis with a healthy diet; (3) maintaining a sound gastrointestinal tract; (4) moderate exercise; and (5) reducing or eliminating patient drug use for “lifestyle” ailments.

Stimulating thermogenesis can be accomplished by a diet featuring thermogenic and low glycemic foods. Examples include green tea, whole grain foods, fresh fruit and vegetables, fish, and lean protein, such as chicken or turkey breast and lean sirloin.

Maintain a healthy gastrointestinal tract. Most overweight and diabetic individuals fail to produce sufficient enzymes to fully digest their food and also do not consume sufficient fiber in their diet to satiate their appetite and maintain a healthy colon. Patients should be placed on a digestive supplement containing the three groups of food enzymes necessary for proper digestion.22 There are also excellent supplements available containing both soluble and insoluble fiber necessary for keeping the digestive tract cleansed and operating efficiently.

A moderate exercise program, including both cardiovascular and resistant weight training, will lower blood pressure and fats in the blood, while improving blood glucose, alertness, self-image, and life span.23 Exercise is vital, as losing weight without exercise results in lost muscle tissue.

Question the need for OTC and prescription drugs. There are approximately 18 prescription drugs to treat Type 2 diabetes, which is a lifestyle disorder. Most of these drugs have dangerous side effects, such as inducing thyroid tumors, pancreatitis, upper respiratory infection, heart attack, and sudden death!  All drugs are basically toxic and toxicity is what causes “fatty liver” and induces obesity and diabetes to begin with!  For example, NSAID acetaminophen products accounted for 39% of all acute liver failures!24

Dr. Franks educated his patients that there was absolutely no reason to use drugs on an on-going basis for lifestyle ailments such as obesity, Type 2 diabetes, moderately high blood pressure, elevated cholesterol, arthritis, heart burn, anxiety, GERD, or insomnia. These common ailments could—and should—be treated naturally, without the poisonous side effects of drugs.

Dr. Franks’ 5-step protocol for sustainable weight loss and mitigation of Type 2 diabetes proved successful because it addressed the root causes of his patients’ problems. His investigative efforts enabled him to think outside the box and solve two major health risks with one common sense 5-step protocol.

Galen O. Ballard is President of Titan Laboratories and directly responsible for the products division. His background includes undergraduate studies in research at the University of Denver with graduate work at the Universities of Wisconsin and Maryland. Galen may be reached toll free at 1-800-929-0945 or by email at [email protected]