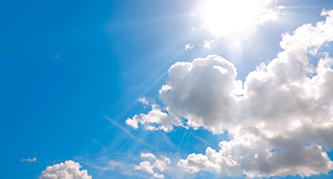 Vitamin D deficiency is a serious medical condition that has been associated with an increased risk of developing cardiovascular disease, type 2 diabetes, hypertension, various cancers and autoimmune diseases. Vitamin D insufficiency occurs at epidemic levels in many industrialized countries, where exposure to sunlight tends to be limited and diets tend not to include sufficient amounts of foods naturally rich in vitamin D. During 2009, Dr. Guillory tested more than 1,200 of his patients and found that roughly 90 percent had sub-optimal vitamin D levels, as determined by serum 25(OH) vitamin D levels below 32 ng/mL.  Dr. Guillory achieved great success in treating this with Bio-D- Mulsion Forte®, a microemulsified preparation made by Biotics Research Corporation.

The purpose of this study was twofold; firstly to increase public and physician awareness of the scope and seriousness of vitamin D deficiency and secondly to assess the effectiveness of the microemulsified vitamin D preparation. Several preparations have been recommended to patients by physicians for the treatment of vitamin D insufficiency. The availability of vitamin D preparations ranges from high potency tablets and capsules to liquid forms. Vitamin D is a fat soluble hormone and thus requires biliary secretions to properly saponify the fats for proper intestinal absorption. To maximize the efficacy and bioavailability of fat soluble nutrients, enhanced delivery methods have been developed. One such method is an oil in water microemulsification, a closely-held process that enables a fat soluble (water-insoluble) vitamin to be placed into a uniformly micrometer-sized, fat-soluble particle that is dispersible in water and capable of intestinal transport independent of bile acid-saponification. The aim was to ascertain how efficacious 2 drops, yielding 4,000 IU of microemulsified vitamin D-3, would be in raising low serum levels of 25(OH) vitamin D in a group of 20 firefighters residing in the Denver metro area.

20 full-time firefighters of the Aurora Fire Department were selected on a volunteer basis to participate in an eight-week study during the winter/spring months of 2009. Upon initiation of the study, the 20 subjects were advised to stop consuming multivitamins, cod liver oil and other supplements containing vitamin D. The subjects filled out a medical symptom questionnaire aimed to assess subjective indications of mood, energy level and digestive complaints. All subjects had blood drawn (at the Care Group, PC, office of Gerard Guillory MD in Aurora, Colorado ) and serum levels of 25- hydroxyvitamin D (25(OH)) vitamin D tested through Laboratory Corporation of America (Lab. Corp) via an assay developed by DiaSorin. The subjects were advised to take 4,000 IU/day (2 drops) daily of the liquid emulsified preparation produced by Biotics Research Corporation. After eight weeks of daily supplementation the study subjects 25(OH) vitamin D levels were retested by Laboratory Corporation of America. The subjects also filled out the same medical symptom questionnaire and the data was compiled.

The prevalence of vitamin D insufficiency in a group of 20 firefighters not taking any vitamin D supplements was found to be 75%. Studies show that individuals with vitamin D levels below 32 ng/mL have an increased risk for developing heart disease, cancers, and autoimmune diseases. Due to high prevalence of vitamin D insufficiency in firefighters residing in a sunny part of the country, physicians should increase their 25(OH) vitamin D blood testing on a more routine basis among firefighters and lay people alike. Increased screening would likely have a huge health and financial impact, leading to increased work productivity and decreased medical costs through disease prevention.

The form of vitamin D supplementation in deficient individuals should be inexpensive, highly bio-available and easy to use for optimal compliance. In this study the microemulsified Bio-D-Mulsion Forte® from Biotics Research Corporation was used and can be attributable to an average increase of 106% in blood levels of the study subjects. It’s likely that the microemulsification process in a liquid delivery form facilitates maximal absorption and bio-availability of the vitamin D supplement. This is evidenced by the consistent increases in blood levels after eight weeks of 4,000 IU/daily use, bringing 75% of the study subjects out of the deficiency reference range.