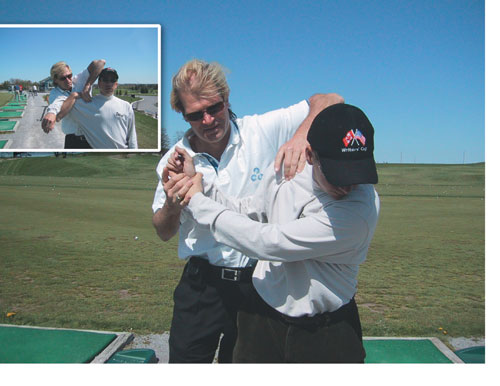 As a chiropractor, I have been focusing on the human nervous system and correction of related neuromusculoskeletal dysfunction for over twenty years. Although chiropractic adjustments constantly produce tremendous results, the holding elements and soft tissue components of the subluxation complex and biomechanical dysfunctions have been largely undervalued. Trigenics is a form of manual medicine that provides a solution to correcting soft tissue dysfunction and neuromuscular/neuro-energetic imbalance.

A treatment such as this fits in perfectly with current chiropractic paradigms. The Trigenics Institute of Myoneural Medicine has been teaching Trigenics seminars in Canada and Australia for a number of years. The response from many notable chiropractors that have undertaken its study has been that of high acclaim. The Registered Trigenics Practitioner program and RTP designation were recently introduced to the United States. As such, this article will serve as a brief introduction.Trigenics is an interactive, neurologically based soft tissue assessment and manipulative treatment system that symbiotically combines aspects of both Eastern and Western manual medicines.

The three main components are:
It involves the simultaneous application of three components for a cumulative synergistic effect.
1) Autogenics

Trigenics main therapeutic applications revolve around neurologically modifying muscle tone and somatic function, as well as restoring and balancing functional sensorimotor biomechanics. Although each of the three originating components in Trigenics (“genics”) could basically be used as a stand-alone therapy, the synergistic effect of combining three in a specific way provides results that are profound. This is further supported by a recent study done by Masakado Y (2001), who demonstrated that inhibition on a target muscle is significantly increased when the two stimuli (stimulation of the peripheral nervous system and central nervous system) were given together, rather than separately. Ikai (1996) also suggested that inhibition of antagonist muscles may occur at the cortical and spinal cord levels. One of the key concepts of Trigenics is to “trick” the central nervous system into super-inhibiting the target muscle. Once the muscle is put into a temporary unloaded state, it can easily and rapidly be strengthened or lengthened, using various manipulative procedures.

Vladimir Janda has clearly delineated that many muscular and biomechanical problems develop as a result of muscle imbalance that is created by either shortened or weakened (inhibited) muscles. Imbalanced development or, more clinically, aberrant alignment and disruption of the kinetic chain integrity will inevitably lead to injuries. Traditionally, doctors and therapists have been prescribing stretching exercises for the shortened muscles and isotonic/isometric resistive exercises to strengthen weakened muscles. Although these exercises have been widely utilized, however, it takes a few months to achieve results. It will take at least the initial four-six weeks just to regain the proper neural recruitment (Moritani and Devaries, 1979; Sale, 1992). In addition, these exercises do not necessarily correct muscle spindle dysfunction. They can even be counterproductive, if a greater state of imbalance is created due to aberrant neurological input to the heavily innervated sensorimotor system. Trigenics assessment procedures provide delineated methods of locating and objectively mapping out patterns of weakness and shortening. A second key concept is the active-assisted-resisted training and interactive involvement of the patient. The patient is an active participant, rather than a passive recipient, as they actually exercise their muscles simultaneously during the treatment. This allows early training of neural recruitment to improve muscle strength, and shortens the total time for rehabilitation training. It also serves as an early stimulation of the joint mechanoreceptors and proprioception training, as well as stimulation of the muscles’ strength-building elements.

Following assessment, Trigenics TS and TL treatment procedures enable the practitioner to alter the muscle’s neurological firing pattern for a cumulative tonal “resetting” effect. (With the advent of digital muscle testing devices, such as the MicroFET III, objective results are easily recorded and shown to the patient pre- and post-treatment.) Only after the muscles’ aberrant firing patterns have been normalized will rehabilitative exercises work to enable the musculature to respond in such a way that the resetting will be held. Muscles will then respond to exercise in a way that creates balanced growth and development.

Trigenics is, generally, not hard on the doctor or the patient. It is much easier for the doctor to apply and easier for the patient to receive than regular mechanically based soft tissue techniques. The patient usually does not experience appreciable pain during the treatment, and rarely has any delayed onset of post-treatment soreness. In collectively facilitating the patient’s nervous system to reduce pain signals and inhibit the target muscle, the protocol allows for much easier and even deeper access than would otherwise be achievable.

The Trigenics Practitioner, or Trigenist, may use manual or instrument contact in the application of the treatment.  Contact is made with the tissue in such a way as to distort the fibres to stimulate local mechanoreceptor activity, and to increase the mechanical load on the tissue in order to stimulate proliferation of fibroblasts at a cellular level (Eastwood, 1998 & Galen, 1999).  This form of manual contact is referred to as Proprioceptive Distortional Myomanipulation (PDM).  (Direct ischemic compression pressure and longitudinal traction pressure are not to be used with Trigenics, as they are often painful to the patients, causing reflexogenic contraction of the muscle.)  The application of PDM often results in a Myoneural Reduction (MNR), wherein a muscular or articular cavitation is notably felt.

Processes involved in a Trigenics treatment:

nitial cerebral pathways induce voluntary muscle contraction activity of specific vector forces to cause firing of pre-programmed proprioceptive and sensorimotor feedback signals from within the
muscle or tissue.

The controlled generation and convergent neurologic bombardment of existing and recently uncovered, reflex feedback mechanisms such as the inverse resistance loading reflex (aka “The Austin Response”*), generate sustainable changes in the firing pattern of the targeted musculature.
(*Application of a measured light resistance load to the agonist will facilitate an increased level of reciprocal innervation to the antagonist.)

Localized monosynaptic pathways are further generated and added to the converging neural signal pool via simultaneous distortional manipulation of the tissue mechanoreceptors during muscle exercise activity.

A cumulative “myoneural” response that is significantly greater on multiple levels than one could attain with application of mechanically based techniques.

Many doctors who have studied Trigenics have commented that Trigenics “puts it all together”.  They see it as an effective treatment formulation, which includes key aspects of many singular treatment and exercise modalities already known to be effective.  The Trigenics treatment combination, with the incorporation of recently researched neurophysiological reflexes, provides results that are not linear, but exponential.
Trigenics treatment protocols can be used in close succession for optimal results with multiple treatment plans.  Adjunctive laser applications and topical post-treatment homeoceuticals such as Trigel® are also used in certain cases.  (Trigenics treatments average ten-to-twenty minutes, with fees standardized at $75-$150/tx.)  There are four application levels for the TS and TL procedures, with four types of PDM techniques, depending upon muscle size and design.

Canadian-Estonian Chiropractor, Dr. Allan Gary Oolo Austin is the originator of Trigenics. He is a Certified Chiropractic Sports Physician, Certified Chiropractic Rehabilitation Doctor, Doctor of Natural Medicine, Doctor of Acupuncture, Fellow of the International Academy of Medical Acupuncture, and Fellow of the Trigenics Institute of Myoneural Medicine. Dr Austin began developing Trigenics in the early 1980s.  In 1994, Dr. Austin began to write the current procedural and theory manuals and commenced upon forming The Trigenics Institute. In 2004, Dr. Austin will be speaking about Trigenics at the ABCSP Sports Symposium and the SWIS Symposium.
For more information, contact the Trigenics Institute of Myoneural Medicine, toll free at 1-888-514-9355 or by email: [email protected],or visit www.trigenicsinstitute.com.