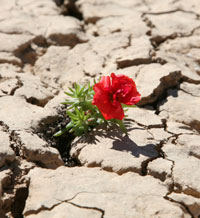 Healthcare is a hot topic right now. With the possibility of a government sponsored insurance plan looming on the horizon, these upcoming months are going to be a very interesting time for healthcare in America, especially as it relates to chiropractic.

Many chiropractors feel that, if a public healthcare option becomes reality, chiropractors must be included. They want equality. They want acceptance. Let me remind those who feel this way, we were included in Medicare, and most would agree, that has been a total disaster. Malcolm Forbes, publisher of Forbes magazine once said, “Failure is a success, if we learn from it.” Why would the chiropractic profession want to be included in a system that has never worked for us? Even the American Medical Association, an umbrella group for 180 medical societies, opposes a public insurance plan and does not want to be included. (New York Times, June 10, 2009.) Do we think chiropractors will fare better than medical doctors in this new plan? Physicians will be forced to comply and will not be able to opt out of it. If chiropractors get “equality” and are included in this, someone who doesn’t value chiropractic will determine what chiropractic is worth and the amount chiropractors will be compensated. We see thousands of chiropractors each year that are included on private insurance plans and they’re barely surviving. Is that the direction we want the entire profession to go?

Let’s not make the mistake of thinking that the only way chiropractic will survive is being included in a government sponsored healthcare plan. As long as chiropractors remain close to the fundamental truths of chiropractic, they will not only survive, they will thrive.

Tom Owen, III, President of AMC, lectures extensively from coast-to-coast to thousands of chiropractors and students annually. He is the author of Chiropractic from a Business Man’s Perspective, and has spent the last 25 years in the day-to-day trenches of the chiropractic profession. He lives by his quote that “In the end, all that is left are the lives we’ve touched and to what extent they were changed.”

Dr. Osborne, a 1989 graduate of Palmer College, ran a successful high volume multiple doctor practice, and is currently Vice President of AMC, Inc., as well as an author and lecturer. Please visit www.amcfamily.com or call 1-423-826-0044 for more information.