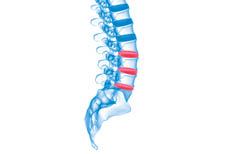 :dropcap_open:O:dropcap_close:nce again, our profession is at odds with itself over something whose benefits it should be welcoming with open arms – “spinal decompression”.One of my early mentors told me, “Chiropractors circle the wagons and then shoot at each other.” Today it seems that everyone is an expert on either traction or decompression (the latter wasn’t even taught when 98% of us were in school). Moreover, if you don’t hold an opinion in favor of one or the other, you know nothing. Doctors are well known for naming techniques after themselves, yet decompression, as you will learn, was neither pioneered nor developed by chiropractors. I will receive a lot of heat for this article, but, after 34 years in the profession, I can take it. “You gotta face the music if you wanna lead the band.”

In school, I was taught that chiropractic was a philosophy, an art, and a science. That paradigm bothered me for 35 years, so I decided to create my own; a new paradigm for the 21st century, and one that remains at the center of all my teaching: “Chiropractic is a science that has an art and embraces a philosophy.”
Before I continue, I’d like to make it clear that I make no claims to being the ultimate authority on either decompression or chiropractic. I am a student of both, and shall be for the rest of my life. There is, however, one thing that I am the world’s greatest expert on, and that is me. I believe with every cell in my body that decompression is working wonders for our profession. It has done for chiropractic what cosmetic dentistry did for dentistry. Never before in our history would patients from all over the country — regardless of their insurance coverage — pay cash for a service. “But,” I hear you ask, “isn’t it controversial?” I don’t think so; but there will always be naysayers ready to create controversy, even if it hurts our profession.
The Facts
The amount of money spent on the treatment of low back pain is staggering. Back pain is a billion dollar industry. In 2005, according to Karen Springer in her Newsweek article “The Price of Pain”, Americans spent $85.9 billion looking for relief from back and neck pain through surgery, visits to the doctor, X-rays, MRI scans and medication; that’s up from the 1997 figure of $52.1 billion, as recorded in the Feb 13 1997 issue of the Journal of the American Medical Association (JAMA).
Ms. Springer went on to report, “Not only are more people seeking treatment for back pain, but the price of treatment per person is also up. In the JAMA study, researchers at the University of Washington and Oregon Health & Science University compared national data from 3,179 adult patients who reported spine problems in 1997 to 3,187 who reported them in 2005 — and found that inflation-adjusted annual medical costs increased from $4,695 per person to $6,096. Spinal patient costs were also significantly higher than for nonspinal patients. ‘People with back problems cost 76 percent more on average, than people without back problems each year,’ says study co-author Brook Martin, a research scientist at the University of Washington. “
A research study by Binod Prasad Shaw, MD of Albert Einstein Medical College and Michele K. Shaufele, MD of Emory University states: “In recognition of the extreme burden and impact that musculoskeletal disorders have on society, the United Nations and the World Health Organization (WHO) have designated 2000-2010 as the bone and joint decade.” The study goes on to report that 10 million Americans are currently disabled due to back pain.
So, we know the sums of money involved are staggering but where do we go from here? It would be folly to let the medical world take over decompression while we fight amongst ourselves. Who better to treat disc injuries than today’s chiropractor? In a nation where back pain has reached epidemic proportions, is there a better way, a cheaper way? In her Newsweek article, Ms. Springer states, “Educating doctors about alternative treatments — even when a patient may be clamoring for high-tech intervention —may be another key to reducing costs and relieving pain. ‘They [patients] can’t order drugs and tests for themselves. Somebody has to be offering them,’ says Dr. Michael Haak, a spine specialist and orthopedic surgeon at Northwestern University’s Feinberg School of Medicine. ‘You need to encourage [doctors and patients] to be aware of all the alternatives.’”
The time for decompression is now. Now is the time to take what we deserve. Yet, we are a profession governed by two associations: the ICA and the ACA. Anyone who knows me knows that I have tried not to be a democrat or a republican. How many other professions have two ruling bodies? It’s time for both associations to recognize that “working as one” would be in the best interests of chiropractors and patients. Our associations should be outraged that physical therapists are paid more for therapy than our doctors.
How do we become experts on anything? We read, we research, we challenge, we acknowledge. To learn, we must be open-minded; those who claim to be “the one and only” are simply attempting to “educate” through insecurity and intimidation.
So where did all this begin? In order to find out, we must go back to the beginning in order to allow you, the educated reader, to draw your own conclusions.
It all began in Ontario in 1987 with Canada’s former minister of health Dr. Allan Dyer. Already recognized as a pioneer in the development of the external cardiac defibrillator, Dr. Dyer designed and developed this new technology to be distinctly different from conventional traction tables. Although traction has been around for centuries, research into its effectiveness remains inconclusive. Dr. Dyer took the concept of traction and made critical engineering improvements to yield a treatment of unprecedented efficacy.
He called his invention Vax-D, (Vertebral Axial Decompression). While Vax-D did manage to overcome many of the limitations imposed by conventional traction, it still had a number of drawbacks. The rigid horizontal table made it difficult for some patients to use, and it was not designed to provide decompression for the neck.