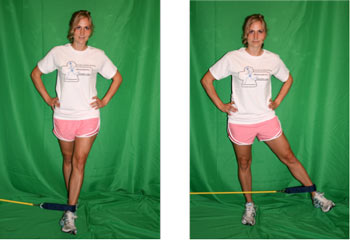 Whether we are confronted with developing an exercise rehab program for a male patient (who is sedentary, overweight, and experiencing low back pain) or developing a strengthening program to fine tune a professional athlete, some emphasis must be placed on the core musculature. With today’s marketing of the “infomercial,” we have seen everything from machines that promise six-pack abs to cures for low back pain.

Before we start any patient on a rehabilitation program, we must consider several things. It must be designed to improve flexibility and increase strength but not create overload or stresses on the musculoskeletal system. Too much stress can prevent the body from continuing to heal and repair and, ultimately, lead to an exacerbation of the patient’s present injury or lead to a new injury.

One of the easiest means of addressing core strength is through the use of exercise balls. A patient who has balance problems can achieve help from just sitting on the ball. Sitting on the pliable-moveable ball causes the stimulation and recruitment of the core muscles to maintain stability. Most balls come with a booklet of choice exercises. It is your job, as the doctor, to determine what activities best suit your patients’ needs.

Keeping in mind the importance of a good core muscular strength, another area of consideration must be focused around the hip or pelvic musculature. When we consider the biomechanics of walking and running we know that, during the stance phase or weight-bearing phase of gait, we have a sub phase called “mid-stance.” During this sub phase of weight bearing, all the body’s weight is placed on one leg at a time. It takes strong abductor muscles (gluteus minimus and medius) to maintain a level pelvis, while weakness in the muscles can allow a drop of the unsupported side. Weakness of these muscles could lead to repetitive stress and a familiar gait pattern called a “trendelenburg.”

The importance of maintaining a strong hip and/or pelvic musculature is clearly pointed out in a research study completed at the University of Calgary in 2007 by Dr. Reed Ferber, a professor in Kinesiology. During a seven-month period, they assessed 284 patients who entered his running injury clinic at the University of Calgary. The study showed that 92 percent of the patients demonstrated weakness within the hip musculature. Of those 284 patients, 89 percent showed marked improvement in four to six weeks from performing specific exercises to strengthen the hip/pelvic musculature. The exercises included hip abduction, hip extension and flexion, and external rotation. These were performed in a sequence of:

He recommended performing these exercises for four to six weeks and then continuing two times a week thereafter to maintain the strength that was gained.

1. Move leg attached to the exercise band outward, then return to starting position.

2. Keep knees together throughout the motion.

In his study, Dr. Ferber recommended using a two-second count while taking the leg out as well as bringing it in. I like adding the four-second count to allow an eccentric unloading of the muscle as you return the leg to the starting point.

As you assess your patients’ rehabilitation needs, remember to emphasize not only the core musculature but the hip and pelvic musculature as well for additional stabilization.