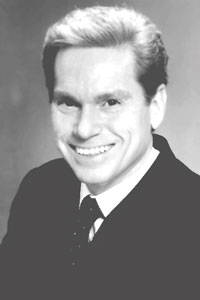 The Chiropractic profession sadly mourns the loss of Dr. W. Karl Parker, one of its most passionately dedicated leaders. Dr. Karl lost a valiant 18 month battle against cancer on Christmas night, 2009.

Dr. Karl received his degree from Texas Chiropractic College in 1969. He began his career in Houston, where he built one of the most successful practices in Texas. He left his practice in 1976 to join his father, the legendary Dr. James W. Parker, as Executive Vice President of the Parker Chiropractic Resource Foundation in Fort Worth. Together, with the same vision for Chiropractic, they conducted the largest seminar series in the profession. To date, the 300th Parker Seminar in January 1989, with an attendance of more than 8300 doctors, spouses and staff, was the largest gathering in Chiropractic history.

With Dr. Karl by his side, Dr. Jim was able to expand their vision by starting the Parker College of Chiropractic in 1982, so future doctors could be exposed to the Parker principles for life and practice success while going through school. He ultimately assumed the Presidency of both Parker Seminars and Parker College in 1996.

In order to continue his and his father’s vision and legacy, he began the Karl Parker Seminars in 1999. Through incredible odds, and debilitating disease, he tirelessly persevered for the betterment of the profession he dearly loved.

Dr. Karl died peacefully at home with his family in prayer around him. He will be greatly missed.

In lieu of flowers, donations are being accepted for the Karl Parker Memorial Fund. Please make checks payable to the executor of the estate, Robert Parker and mail to: Parker Health Solutions, 6210 N. Beltline Road, Suite 155, Irving, TX 75063.